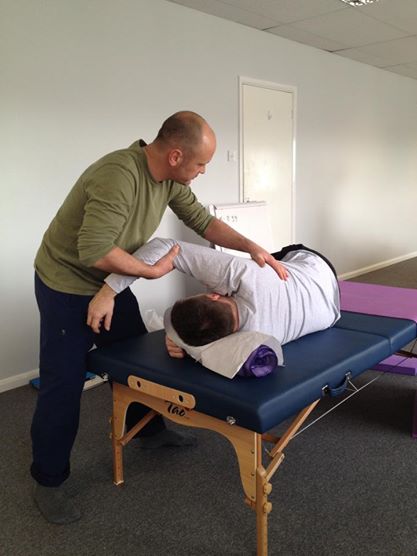 Through the work of his now mentor and friend, Martha Peterson, Darren has continued his development to become a popular Somatic Educator. His ability to make Somatics easily understood and accessible for all, sets him apart from his contemporaries.

From coaching athletes to achieve greater levels of performance and quicker recovery times through to post operative recuperation and all levels of aches and pains in between, Darren has developed a style of teaching that is adaptable for workplaces, workshops and private one to one sessions. But don’t take our word for it, his testimonials speak for themselves!

At home, Darren lives in the picturesque Pembrokeshire National Park with his family and enjoys the close proximity to the wild coastline this provides. An avid surfer and musician he is committed to living simply.